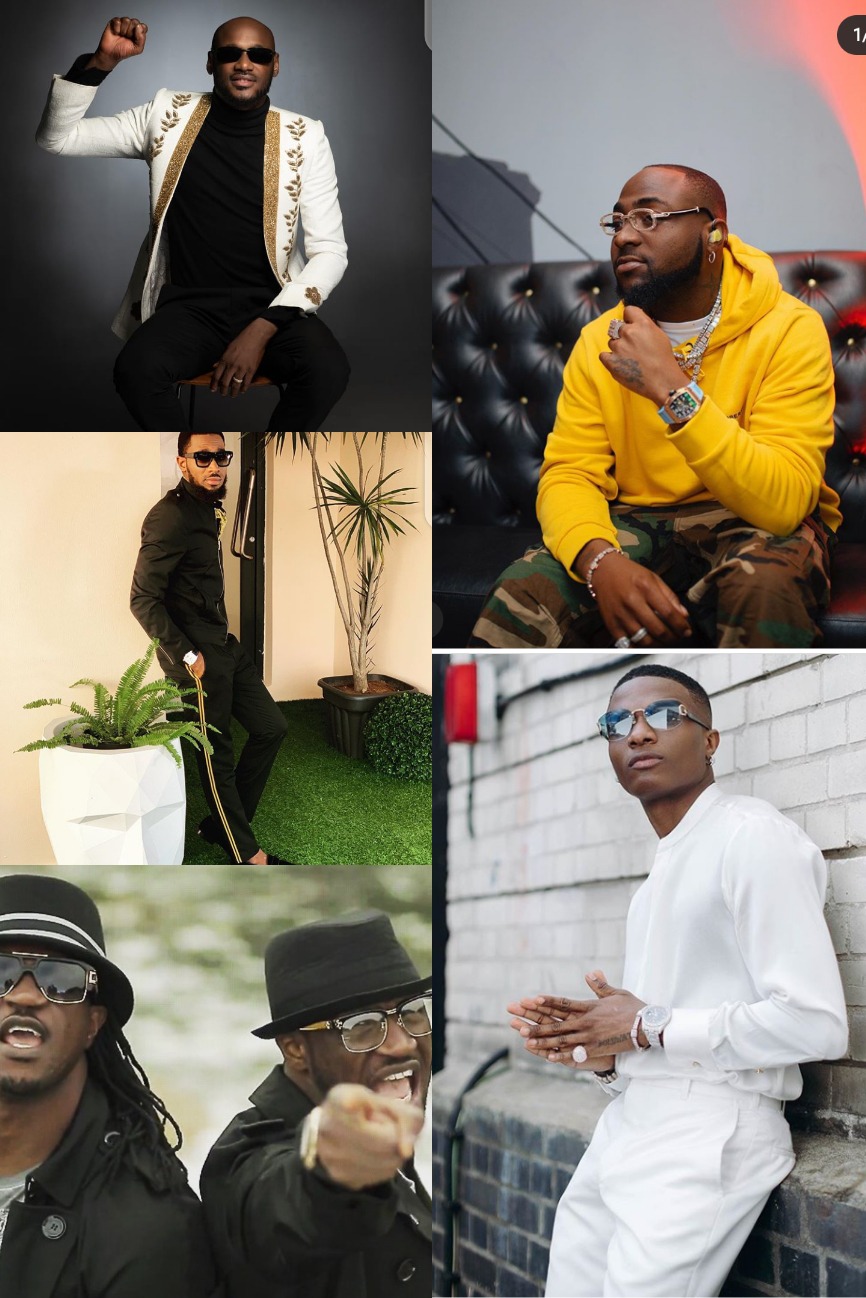 In this Article, I will be revealing Nigeria Artist that are very Popular in the United States..

1 Wizkid(Ayodeji Ibrahim Balogun), known professionally as Wizkid, is a Nigerian singer and songwriter. He started recording music at the age of 11 and managed to release a collaborative album with the Glorious Five, a group he and a couple of his church friends formed.

Wizkid’s popularity in the United States increased after Drake featured him on his hit Song “One Dance”.. One dance was accepted in us a lot and it gathered a lot of streams and downloads.. The song has a matter of fact hits billboard no 1 spot.. Forbes even declared it as the best song of 2016.. The song reached billions of plays on Spotify…

2 Davido(David Adedeji Adeleke), who is better known as Davido, is an American-born Nigerian singer, songwriter and record producer. Davido was born in Atlanta, US, and raised in Lagos; he made his music debut as a member of the music group KB International. His fame in the united states increased Fall and it increased more when he featured American Singer “Christ Brown” on his hit jam “Blow My Mind”… Davido’s fall has reached 40 million streams on Spotify..

Blow my mind was featured on billboard and has gathered more than 7million streams on Spotify and more than 2 million views on the video on YouTube.

P-Square were a Nigerian duo of identical twin brothers Peter Okoye and Paul Okoye who left each other, some bloggers reported that they left each other as a result of show Business not that they were fighting..

After signing with Akon’s ‘Konvict Music’ in 2011, they dropped a remix of their groundbreaking song ‘Chop My Money’ featuring Akon. But it didn’t stop there. About a year after, the duo released another remix of one of their songs ‘Beautiful Onyinye’ but this time, with rapper and Maybach Music Group (MMG) boss, Rick Ross. They also featured T.I. on their 2015 album, ‘Double Trouble.’

4 D’Banj Oladapo Daniel Oyebanjo (born 9 June 1980) , better known by his stage name D’banj, is a Nigerian musician, singer, songwriter, rapper. Mr. Endowed had already become a smashing hit before the remix was dropped with rapper Snoop Dogg with the song being played on radio and TV stations alike for weeks. Just last year, he released another song off his ‘Kingdom Don Come’ album and featured Gucci Mane in the single, ‘El Chapo.’

5 2BabaInnocent Ujah Idibia, known by his stage name 2Baba, is a Nigerian singer, songwriter, record producer, entrepreneur, philanthropist, Humanitarian, and activist. Prior to July 2014, he went by the stage name 2face Idibia. Since leaving the now defunct ‘Platashun Boiz,’ 2Baba has been on the top of his game with hit after hit. Although it took him a while to collaborate with any international artist, when he did, he did not disappoint. In 2014, he collaborated with Bridget Kelly on ‘Let Me Love You.’