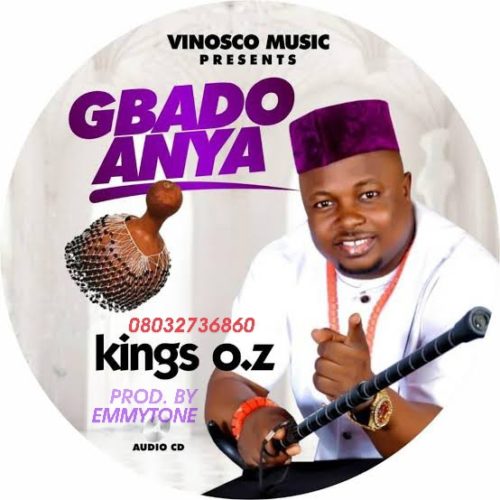 The fast rising high-life artist, Kings OZ is here again on Too Xclusive with this wonderful hit song titled “Gbado Anya“… This is a hit song!

Due to his intelligence, KINGS gained his admission at Usman Danfodio university Sokoto, Sokoto state.
But his enthusiasm towards his career, then KINGS OZ, went back to his music career till date.

The little KINGSLEY started his music career from Abosso Apostolic Faith church Umuchieze Umunneochi Abia state, where he was a choirmaster and a musical band leader. OZ later became the leader of Assemblies of God Church Choir Sokoto, after he left his home town for Sokoto state.

In 2008, KINGS OZ then joined a musical band group called “Ultimate Band” in Sokoto state, there he plays many instruments, such as PIANO, DRUMS, LEAD GUITAR, BASS GUITAR, etc.

Listen and Enjoy “Gbado Anya” below