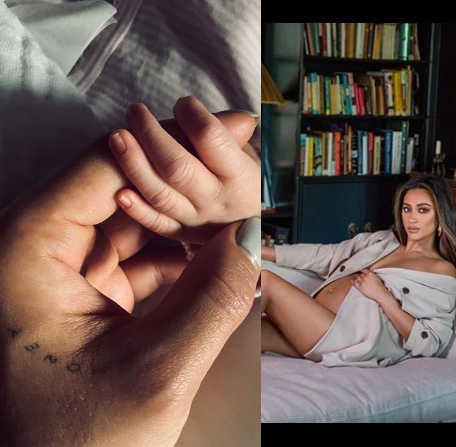 Actress Shay Mitchell has welcomed her first child, a baby girl, with her boyfriend Matte Babel.

This is the first child for the couple who revealed their pregnancy news in June.

“Never letting go,” Mitchell captioned a photo of herself holding her child’s hand.

Mitchell and Babel met through mutual friends and have been linked since January 2017.