No Result
View All Result

Sotayo Gaga clears the air after been accused of supporting fraud

Popular Nollywood Actress has been under fire recently for supporting Ray HushPuppi.

However after some backlash from her fans, she took down the post from her Instagram page, and she shared another post making it clear to her fans that she does not support fraud. 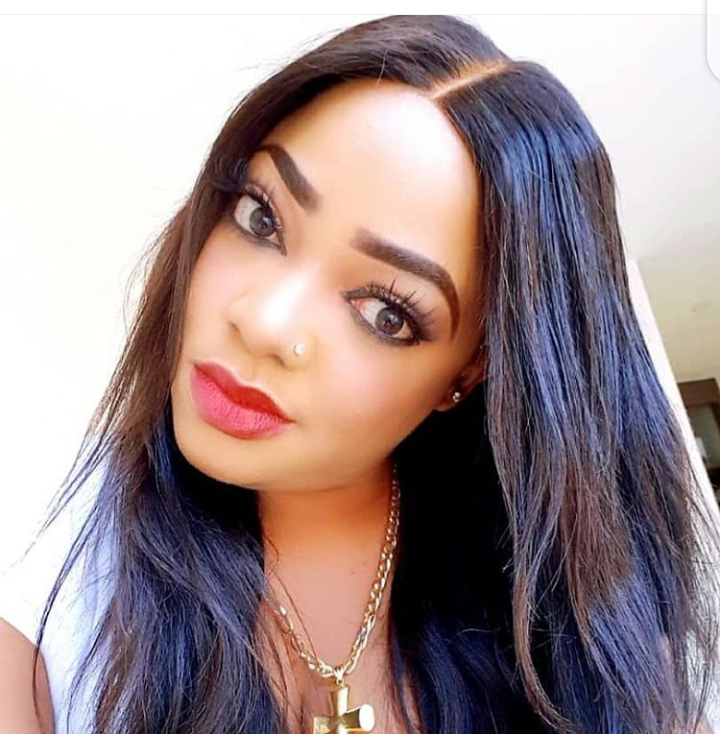 Laycon to perform alongside Wizkid, Burna Boy at AfroNation as co-founder offers him slot

After the arrest of Dubai Based Nigerian Big boy, HushPuppi, by the Interpol and FBI on a fraud case, some Nigerian celebrities, took to their page to show support for him and one of the celebrity is Sotayo Sobola aka Sotayo Gaga.

The actress in the post which she had deleted, called out people who have been spreading wrong information about HushPuppi and she also said that nobody is holy.

According to the actress, social media users have been tagging her since HushPuppi’s arrest and she noted that, although she doesn’t support fraud, but that does not mean she will deny her friend.

The actress in a bid to clear herself, made a new post in which she made it known strongly that she doesn’t support fraud and her man asked her to take the HushPuppi post down from her page. 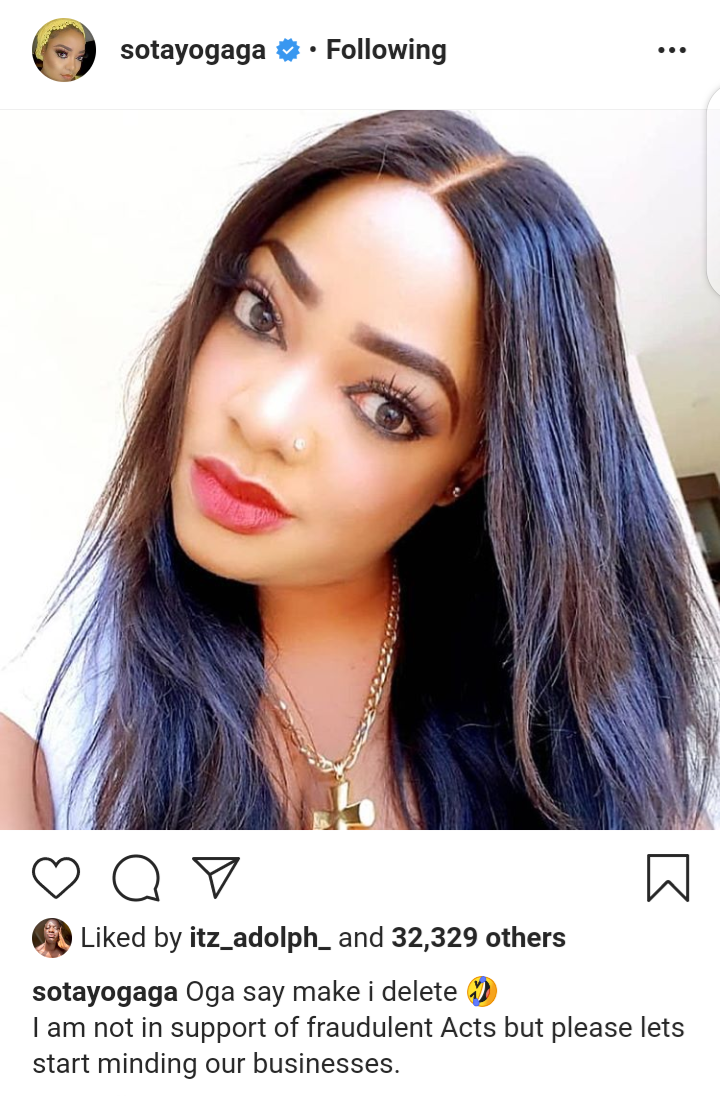 Laycon to perform alongside Wizkid, Burna Boy at AfroNation as co-founder offers him slot

#BBNaija: “Nengi is considering because you have money” – Ozo tells Kiddwaya (video)

#BBNaija: Nigerians call Ozo a “Mumu” for running back to Nengi after she said he doesn’t support her (WATCH)

MUSIC OF THE WEEK

VIDEO OF THE WEEK

MUSIC OF THE WEEK

VIDEO OF THE WEEK

No Result
View All Result

© 2017-2020 Froshloaded All Rights Reserved. Froshloaded is not responsible for content of external websites.