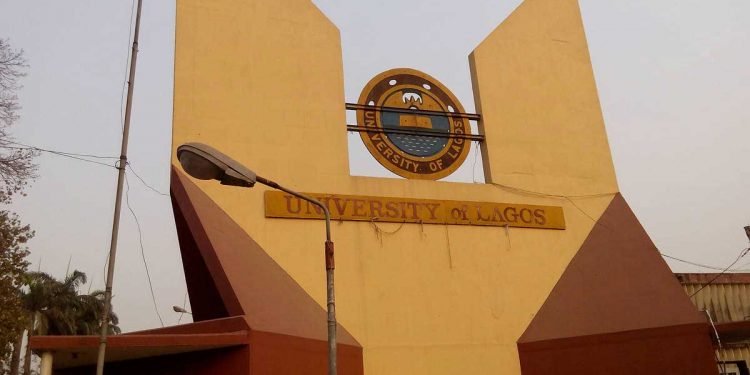 In a bid to further tackle the Coronavirus (COVID-19) pandemic, a team of researchers in the University of Lagos (Unilag) has produced an Ambuvalent ventilator.

The News Agency of Nigeria (NAN) reports that the project, known as Unilag /LASRIC Ambuvalent, was sponsored by the Lagos State Science Research and Innovation Council (LASRIC).
The team carried out a ‘demonstration of concept’ of the project to the institution’s management on Friday.

The team Lead, AbdulHakeem Amuda, an Associate Professor in the Department of Metallurgical and Materials Engineering, said at the demonstration that the project was an opportunity for the scholars to prove their mettle.
According to Amuda, the ventilator had met basic requirements as specified by the World Health Organisation.
He said that one of the unique features of the ventilator was its ability to work in villages not connected to the national grid, as it used battery that could last for 13 hours, and a trolley for easy movement.

Amuda said that the ventilator was designed to use 90 watts motor, adding that it was made in such a way that the motor must not be needed for 24 hours daily.
He said that a critical component of the ventilator was that of delivering compression that would inflate the lungs as well as the micro controller system.

According to him, institutions of higher learning are meant to proffer solutions to societal challenges, as well as be responsive to what society needs to live a good and healthy life.
”The journey of the development of this UNILAG/LASRIC Ambuvent started on March 27 when a colleague of mine, Dr Uzoma Oduah of the Department of Physics, walked up to me and muted that, as a result of the global shortage of standard ventilators at this period of global health crisis, it would be good if Nigeria would start thinking ahead on what to do.

”This is because by the time the disease would hit this country, we should not be found wanting in the area of access to medical ventilators.
“He requested that I introduce him to an expert in respiratory track, in constituting a team.
“In constituting the team, I did that on multidisciplinary approach, which include physics, biomedical engineering, metallurgical and materials engineering and others.

”I was also able to get across to the Deputy Vice Chancellor, Development Services, Prof. Folasade Ogunsola, who incidentally, is from the College of Medicine, and she linked us with a respiratory track expert. That is how we hit the ground running,” Amuda said.

He added that in constituting the team, he also looked at the project’s objective, which was basically to develop low-cost rapidly-deployable Ambuvalent ventilator – meaning it must be affordable and would not need too much technicality to operate.

”Those are our focus in this project, and because in engineering and societal solutions, you do not need to re-invent the wheel, you only improve on what is available; so, we tried to look at what is available.
”We sat down and tried to figure out what we can do differently that will make us unique; we identified three to four parameters that we needed to work on.
”The first is that whatever we are coming up with must not have supply chain problem. It must be something that we must be able to source locally.

“Secondly, at any point in time, we might have power failure; so, the system must be self-sustaining.
”Thirdly, because of lack of volunteerism in the country, the system should be done in such a way that it would be able to operate without too much volunteerism, and in doing all these, it would equally be affordable,” he said.
According to Amuda, who is the Head, Innovation Unit and Deputy Director, Research and Innovation Office, Unilag, the critical component of the ventilator is that of delivering compression that inflates the lungs as well as the micro controller system.

He said that after a thorough search, it was discovered that a standard one readily available was that of the MIT in the the U.S., which used about 100 watts motor.
”We are using 90 watts for ours; with that, we are able to save 10 per cent consumption.
“In addition to that, our system can work both synchronously and in isolation, such that if the case of the patient is not critical, the system can run on a single motor.
”We designed it in such a way that you do not need to use motor for 24 hours. The existing design that is available all over the space is that of one motor using two arms.

“What this means is that the two arms are linked by a connection; so, the main motor, if faulty, translates to you not being able to use the machine,” he said.
The Vice Chancellor of the university, Prof. Oluwatoyin Ogundipe. hailed the team for the innovation, which he described as timely.

According to him, challenges are springing up in the world regularly, and universities are where the challenges can be solved.
”Our special thanks go to the Lagos State Government for believing in what we can do and sponsoring this entire project.
”We are looking forward to signing a Memorandum of Understanding with the state on this.

“The big advantage about the project is that it will be deployed at the grassroots, as it works with a battery, and the team is working on the possibility of using solar,” he said.

Also, Prof. Folasade Ogunsola, the institution’s Deputy Vice Chancellor (Development Services), said that Nigeria could solve its problems, given the opportunity and the right circumstances.
”We have solved problems. This is the kind of thing that we should be doing, not just for Nigeria as a country, but for the world at large ” she said.

Dr John Olatisi, Consultant Intensivist at the Lagos University Teaching Hospital, said that such a project was expected of higher institutions.

He said that with the ambuvent, lives of those who might not be able to breath well due to COVID-19, especially in the remote areas, could be saved.

”We are happy; the project has been able to meet our preliminary assessment,” he said.
Prof. Lucien Chukwu, Director, Academic Planning of the institution, described the development as laudable.

He said that the ‘proof of concept’ had shown the mileage attained by the university.